Reposted from Chess24 with permission. Original article can be found here

Viktor Korchnoi, many people’s choice as the greatest player not to have won the World Championship, has passed away at the age of 85. Nicknamed “Viktor the Terrible” for his legendary fighting spirit, Korchnoi won the USSR Championship four times before defecting from the Soviet Union, fought three matches that would have given him the world title and won games against all the World Champions from Botvinnik to Kasparov. He featured in the Top 100 at the age of 75, beat Fabiano Caruana at 79 and refused even to let a stroke in 2012 prevent him from returning to competitive chess. 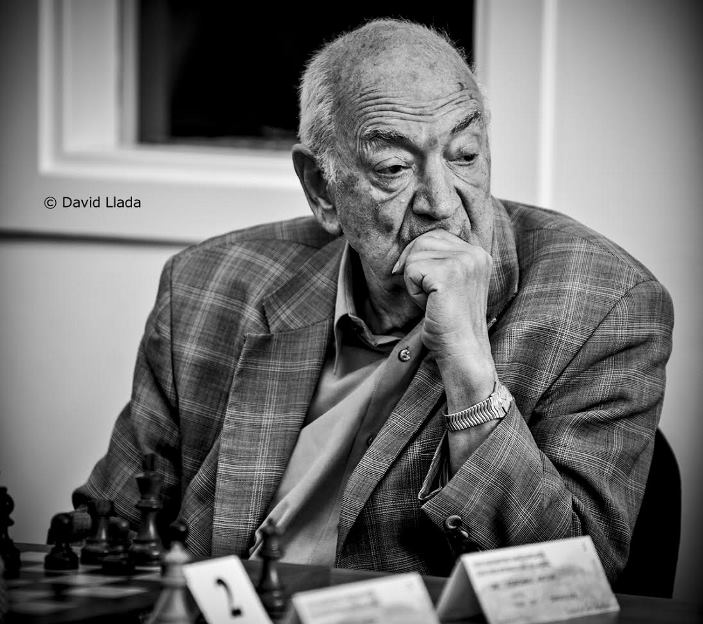 The sad news of Viktor Korchnoi’s death was reported by Chess-News, which recounts that Viktor passed away in Wohlen, Switzerland at around 15:30 CEST after being admitted to hospital suffering from a haemorrhage last week. It was both a great loss and a shock, since despite Korchnoi’s age and frail health he’d spent at least half a lifetime defying expectations. Vishy Anand paid a moving tribute using his Twitter account:

The chess world loses its greatest fighter. R.I.P. Viktor Korchnoi. We learnt so much from you. Just being in Baguio where he played Karpov was the first time being World Champion crossed my mind. I had the privilege of playing against him. He would never give up and would explain the position in depth to us. His struggle both on and off the chessboard is what chess history will hold in highest regard. Was lucky to see him in Zurich this year. He always admonished me for playing too fast. He was a chess player in its truest sense. Without parallel. Petra is in our thoughts and prayers. She has always been such a source of inspiration.  The chess world will miss Viktor. Personally I will miss his characteristic laughter and his love for chess. Was wonderful that Zurich Chess invited Viktor to their event as a special guest. Every time I had a rook ending I would look at Viktor following the game and think, what would Viktor say?

It’s 69 years since a teenage Viktor made a name for himself by winning the USSR Championship back in 1947. His climb thereafter was slow but relentless - in his 30s he won the USSR title four times, and in the 1970s he was ready to fight for the highest chess honour. The 1974 Candidates Final against Anatoly Karpov would later be turned into a World Championship match by Bobby Fischer’s failure to defend his title. Korchnoi lost 12.5:11.5, but set up perhaps the most acrimonious match in World Championship history by qualifying for a second try in Baguio City, Philippines in 1978 – only two years after having defected from the Soviet Union.

Although he lost again, that match is widely considered the peak of Korchnoi’s career, with Viktor fighting back to tie the match after 31 games and an incredible three wins in the last four. Alas for Viktor, he went on to lose the 32nd game and the match. His last World Championship match against Karpov in 1981, at the age of 50, would prove a bitter experience, with the 6:2 defeat overshadowed by the imprisonment of Viktor’s son.

Viktor lost to the force of nature that was the young Garry Kasparov in the next cycle and would never again challenge for the title, but the remaining 35 years of his life were anything but a gentle retreat. Korchnoi won the Swiss Championship in his 80th year after recently beating a young but already immensely strong Fabiano Caruana. He kept a fire burning inside, with Nigel Short noting:

Farewell Victor Lvovich - a cantankerous, old git, but a true #chess great nevertheless. Thanks for the many battles we had over 40 years.

There are countless examples of Korchnoi's razor-sharp wit, with most of his victims proud to have been on the wrong end of it. For instance, David Navara recounts:

At the end of 2003, as an 18-year-old, I was playing my first Prague match. My opponent was the famous Viktor Lvovich Korchnoi. We played only two games. In the first I escaped with difficulty as White, while in the second I sacrificed a pawn to get a winning attack. After the game my opponent was a little upset and left the hall. When I started to show variations to the fans, however, Viktor Lvovich returned and suggested an improvement, which I refuted, noting that the position was unclear. In response the famous grandmaster replied: “Only for you!”

As an 80-year-old in August 2011 Viktor gave an interview where he went on a wonderful (if hardly deserved) rant against Rustam Kasimdzhanov’s proposal to avoid drawn outcomes in chess, concluding:

There’s no crisis in chess and proposals like Kasimdzhanov’s are terrible. I’d take the “former World Champion” title away from that man. Even the “former”! (laughs)

In that same interview, though, you see the incredible work ethic that allowed Korchnoi to perform at the very highest level at such an advanced age:

Rubinstein said that he worked on chess for 300 days a year, played for 60, and rested for 5. How do you compare to that?

It seems I work more on chess than Rubinstein, and even on the days when I’m supposed to be resting I rest with a chessboard.

Could you describe your normal working day?

I work as long as a chess game lasts. In my day a chess game lasted at least 5 hours, so you’d work 5 hours. Now they’ve made chess quicker, so you have to play for around 4 hours, and you can also work 4 hours a day. I try to do that every day.

Fortunately there are countless videos of Viktor Korchnoi, including the following one featuring the matches with Karpov, his training and an unforgettable description of the 12th World Champion:

His name is Karpov – of carp, fish, and he’s cold like a fish. And his mind is very exact, precise… like, well, like a fish! He doesn’t have a tendency to underestimate, or even to overestimate. This is his best chess quality. He’s not creative in chess – he’s not creative in openings or endings. He is exact like a good pupil. That’s all.

Some more recent videos, produced by Macauley Peterson and Peter Doggers, show Viktor at the 2008 Rising Stars vs. Experience match...

Although Korchnoi returned to play and watch chess after a stroke in 2012, his health meant that he and his wife Petra had to find suitable accommodation. As Vlad Tkachiev revealed in the introduction to his article Is Ivanchuk a genius?, however, chess was never far from Viktor’s thoughts:

December 2013, Switzerland, the small town of Wohlen not far from Zurich, 13:02 local time. In the canteen of the local old people’s clinic twenty or so patients are wearily watching us – a group of three people arrived from Moscow. Somehow you just don’t want to believe that Viktor Lvovich Korchnoi is living here now, which may explain the roundabout route we end up taking. Finally, a door on one of the upper floors opens: “Where on earth have you been – I’ve been waiting for you for a whole hour!” All’s well - “Viktor the Terrible” is still in a fighting mood after his stroke. A wooden board is set up right there in the hallway with the position from the Carlsen-Ivanchuk game in London. Welcome to the museum of parallel chess history, where the main heroes are those who didn’t become World Champions – Keres, Bronstein, the owner of the flat himself. And, of course, Vassily Ivanchuk.

Our thoughts are with Viktor’s wife Petra and his family. May he rest in peace.
FaLang translation system by Faboba